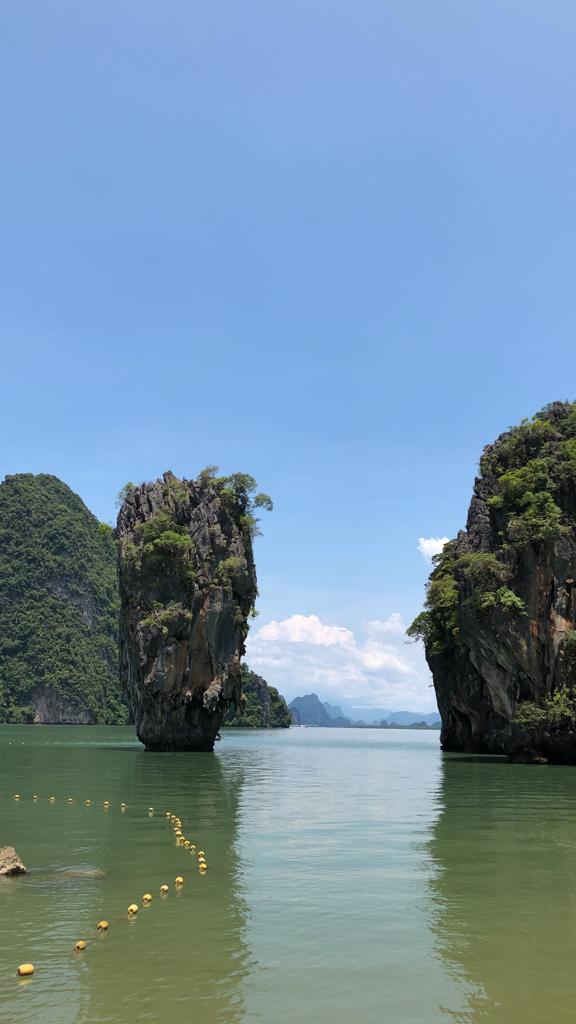 First stop is to the Monkey Cave Temple. Like the title, there were a lot of monkeys in the area. You could feed them, but I do not believe it’s not a place that you must visit.

Second stop is to the Sa Nang Manora Waterfall. It is a nice place for photos, but beware of the slippery floors. 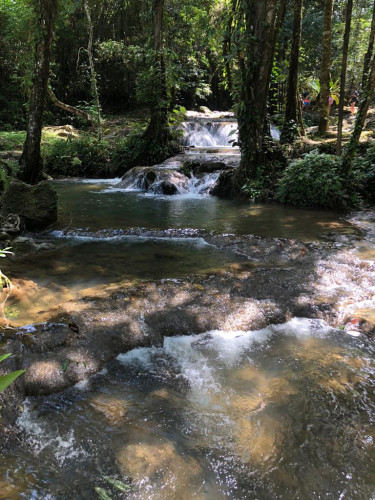 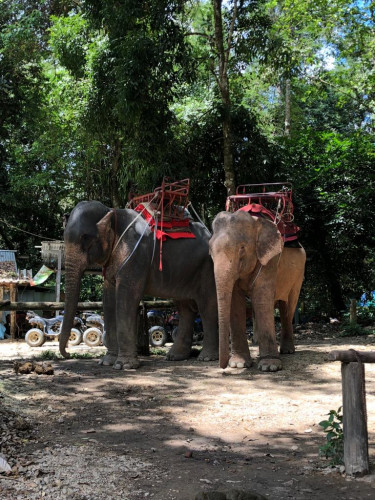 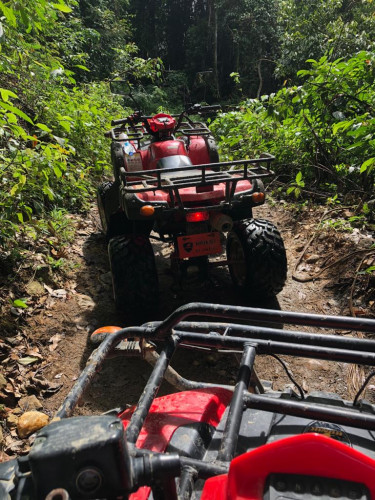 At night, we visited the Simon Cabaret Show and got the gold seats. I would recommend definitely getting the gold seats to get a better look of the stage! 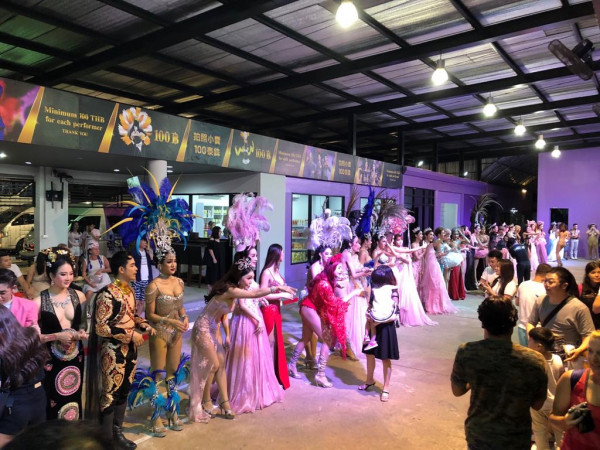 Early morning, we went zip-lining and flew through the jungle. Then we visited the Patong Beach and just walked around the area. 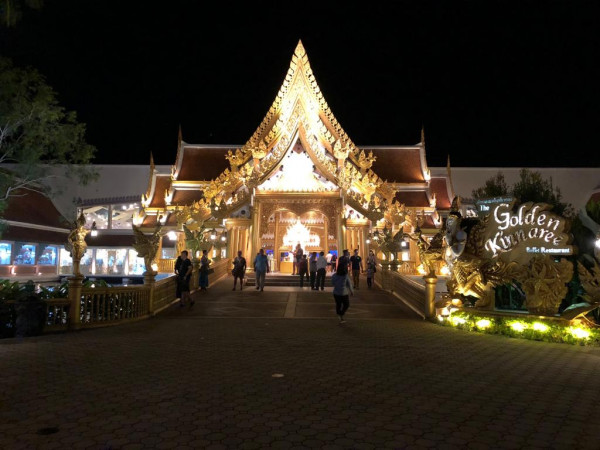 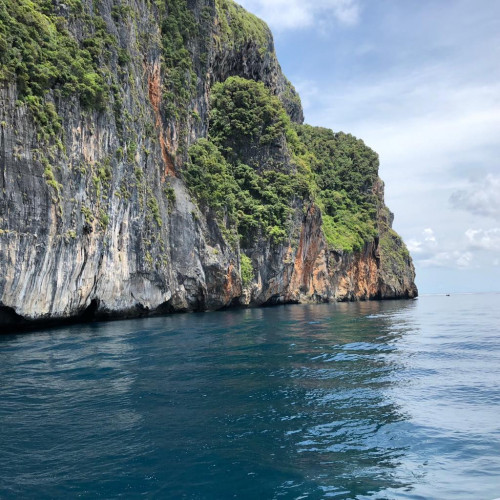 At night, we went to Banzaan Fresh Market and the place is pretty crowded and hot. It’s like a night market so you could buy snacks and noodles in the area. There’s plenty of food but I would not consider it as super hygienic. Later that night, we went to a cafe near the area and got ourselves some cocktails, while listening to some live music, which was pretty relaxing. 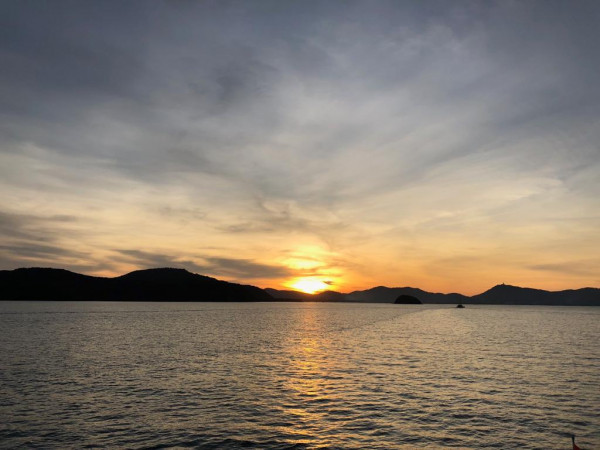 We joined a local speedboat tour to James Bond Island. Our first stop was Panak Island, and we visited the Bat Cave, but there were actually no bats inside, just a simple mangroove. 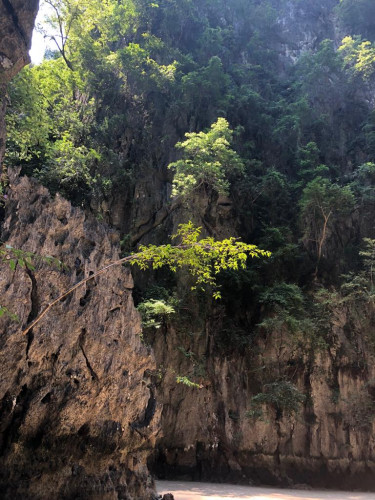 Then we went to the Hong Island and canoed in the nearby area. 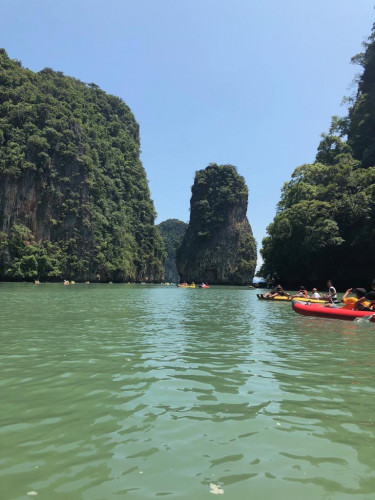 Afterwards, we went to the James Bond Island and stayed there for around an hour. There were quite a lot of tourists in the area, and there’s also souvenir shops so you could purchase some gifts or souvenirs if you’re interested. 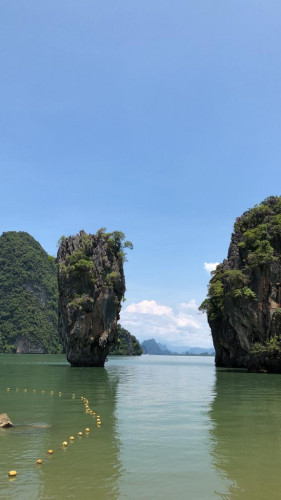 We then went to the Panyee Island then Naka Island where we participated in Jet Skiing and Parasailing. It was around HKD200 for each activity and remember to bring enough cash, cause they don’t take credit cards! We travelled back to the heart of Phuket and visited the a thai restaurant as a wrap up for our journey. 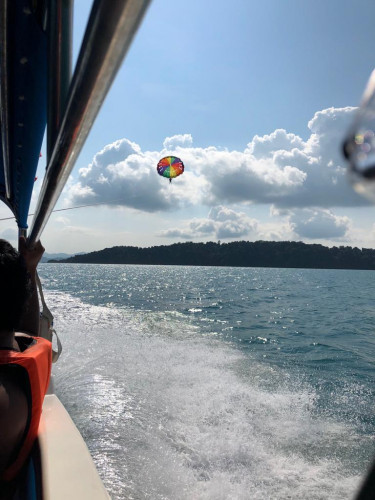