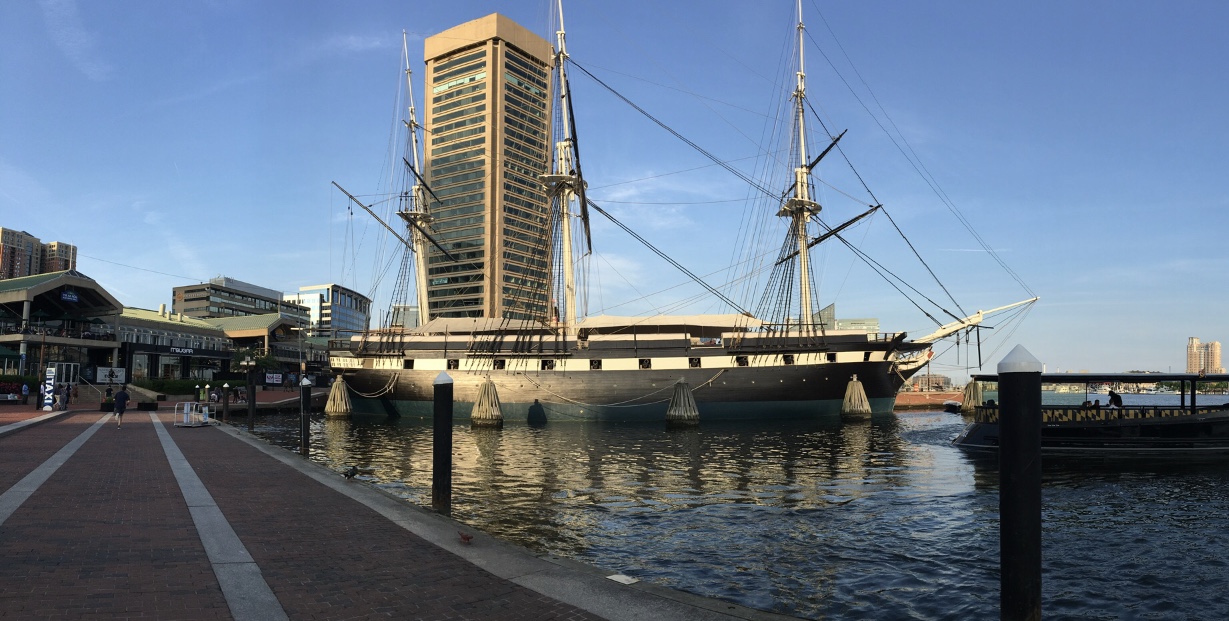 After arriving in Baltimore in the late afternoon, we visited the Inner Harbor of Baltimore since it is a popular tourist area. It is clean and it is rather safe. The National Aquarium is here for families. In warmer weather there are harbour rides on boats and the ability to “tour” boats docked in the area. 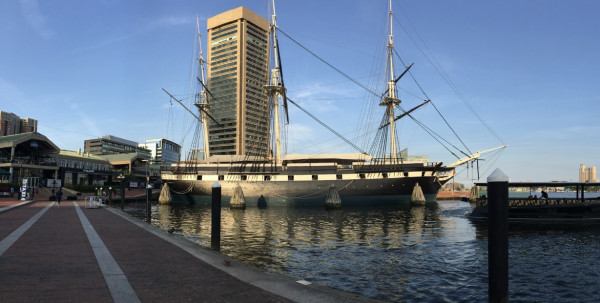 There is a large visitor center right on the Inner Harbor with tons of information on what to see and do in Baltimore with helpful staff. The American Visionary Art Museum is a short walk away and around the Inner Harbor, although located in the Federal Hill section of Baltimore. Plenty of restaurants abound in the area from more upscale to simple sandwich shops and chain restaurants. Public transportation via buses and water taxis are also available and hotels to stay at are within walking distance.

After walking around the Inner harbour, I sat down at a restaurant called Bubba Gump Shrimp Co. since it was right by a lot of attractions. The staff was very nice and I would recommend you to better order seafood because that is pretty much all it is famous of. If you come with a large group, you could order several shrimp dishes, some fish and a few hamburgers is the just of it. I got the steak with onion rings. It was good and a good value but there was a lot of fried stuff in one dish. I also ordered some side dishes, the hushpuppies were different with whole corn and chives. It had a dipping sauce that was great.

I would go again and it seemed very family friendly. It was clean and had a nice view of the harbour. The souvenirs in the gift shop was a little pricey in my opinion. 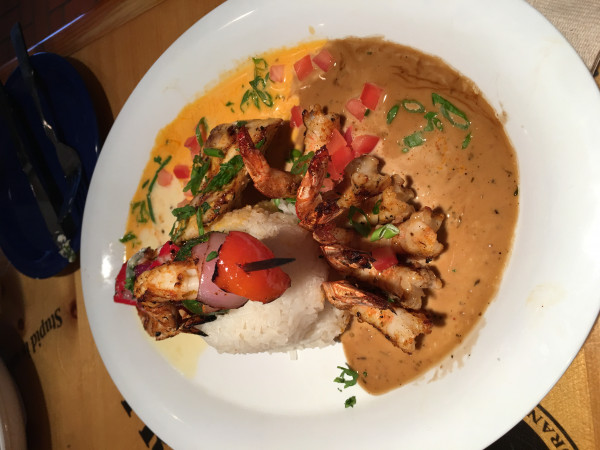 Rise and shine! In the morning, I visited the Basilica of the National Shrine. This Cathedral is fantastic especially now with its restoration complete. It is very historic and the oldest America has to offer. I did a daily here so didn’t get to experience the music. I would think it is very good.

It is a true calming refuge in the middle of a busy city. A place to reflect and calm your soul. Breathtaking architecture & painting. Touch of history with paintings gifted from Louis XVIII of France. You have to see it to truly appreciate it.

After touring at the Basillica, I then walked up the street to the Washington monument as I had about plenty of time before our next stop. 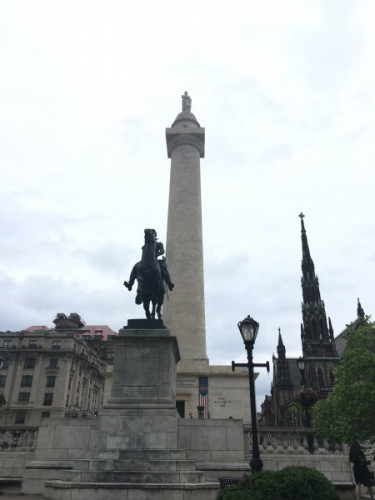 yes, there are sometimes homeless people, but this is a major city and one should come to expect some homeless people in a city. It is certainly not a deterrent as there are other things to do nearby as well, like touring the Walters Art Museum and the Historical Society of Baltimore. Most homeless people are harmless. That said, the monument is straightforward and great. Lots of stairs and great 360° views of the city. The climb was great, after eating some of the great food Baltimore has to offer. We spent about an hour there. Staff was very friendly. 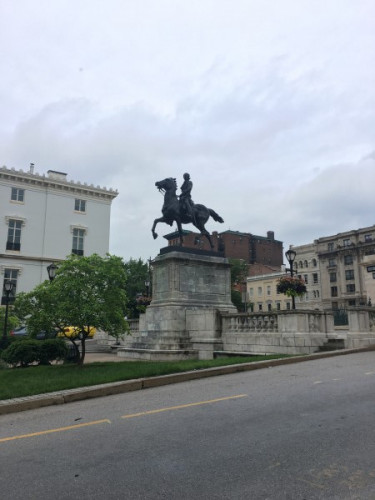 The last stop in Baltimore would be the Peabody Library. It is only one of the most beautiful libraries in the world, not just in the city of Baltimore or in the States. Nothing outside prepares you for what you’ll see on the inside. In addition to the spectacular library, also be sure to see the grand wrought-iron spiral staircase off to the right. Just ask the guard to direct you. You can also make an appointment to see some of the many rare book treasures. 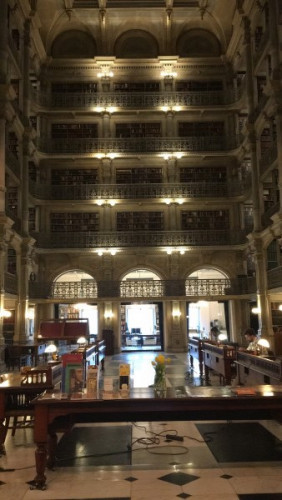 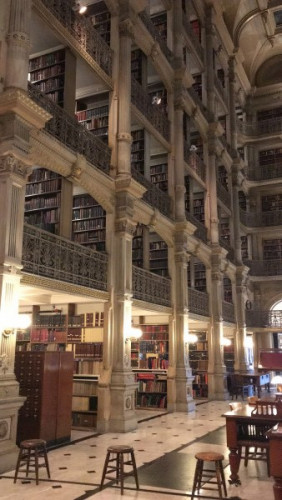 Pictures do not do this venue justice. It is jaw dropping gorgeous with so many nooks and crannies AND many old books to lose yourself in. Please do visit this library if you are in Baltimore!